You have no control over switching your weapons! Every time you shoot, your weapon switches!

Your goal is too defeat all the enemies!

Good luck and have fun!

Really fun! I was happy to be able to beat it. It would be cool to have more levels and more enemy types in later levels or weapons that were powerful against certain types in addition to the weaknesses.

That was a really fun concept, and as you mentioned the loading times were due to some errors so I won't bring those up, I did like the art style though, that. The only other things I would like to see would be more maps, because the same 4 platforms were starting to get boring, and whenever I died the player would disappear, but the level would keep going as normal, and I would have to restart all the way to the beginning. A "You Died" screen would be nice. Other than that, it was a really fun game. :)

Thank you for the feedback! :)

Fun concept, although I feel that the loading time between weapons is waaay too long. The DPS is also too slow.

Yeah as I said before, one hour before the jam's end, the statistics of the weapons got corrupted/deleted because I was using a deprecated system (ScriptableObjects if familiar with Unity). I had to re-implement them and had to ship the game without lots of play-testing, which is why some weapons have a large cooldown. I hope you take this into consideration. Thank you <3 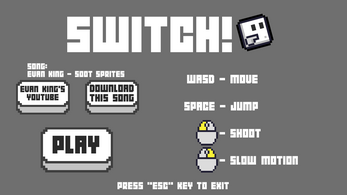 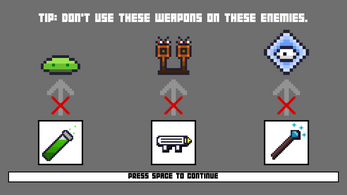 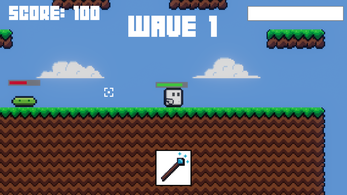 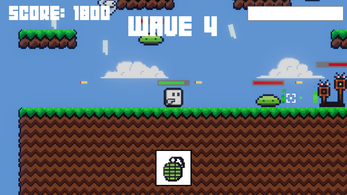